END_OF_DOCUMENT_TOKEN_TO_BE_REPLACED

A belated Happy 2010. I am pleased to begin the year by sharing news about a wonderful new resource in brand building with you. Taschen recently released “Brand Identity Now!,” an in-depth analysis of leading brand and communication campaigns from around the world; and we are honored to have our work – two identity systems we designed for clients MaxWax and The Chipper – featured in the publication alongside case studies for the Obama’08 Election campaign and The Museum of Art and Design’s new identity.

We believe the book shows prime examples of how branding works: Design is a complement to a company’s brand message – a visual translation of a company’s personality, its messages and actions. In sync it will evoke an emotional response and create confidence in the company while clearly differentiating it from its competitors. END_OF_DOCUMENT_TOKEN_TO_BE_REPLACED 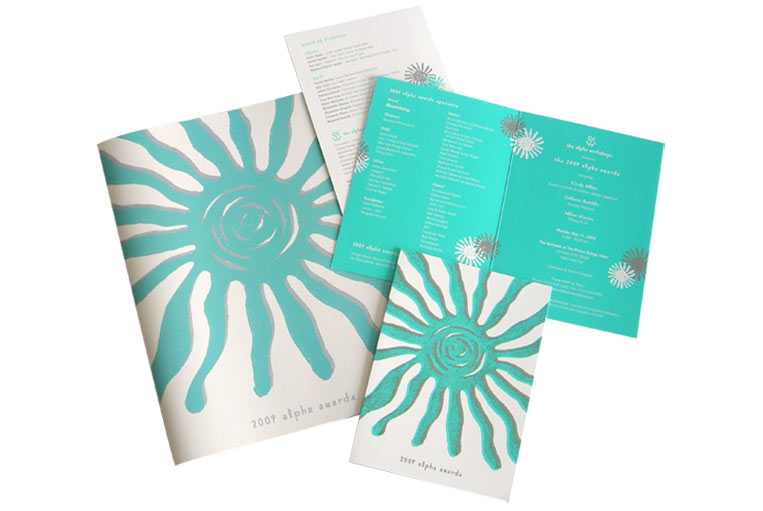 Li’l Robin (formerly Anke Stohlmann Design) recently completed a project I thought you might be interested in. I was delighted that we had the opportunity to design the invitation and event program for The Alpha Workshops’ 2009 Alpha Awards, an honor given to members of the design community and others whose work has touched the HIV/AIDS community.